Just Eat It, a food waste story, will be the closing film in the Fall Green Film Series. This new film by Jenny Rustemeyer and Grant Baldwin will be shown on Monday, December 1 at the Gibsons Heritage Playhouse and Thursday, December 4 in Sechelt at the Sunshine Coast Arts Centre. The Wood Duck Bus is scheduled to bring Pender Harbour residents to the screening in Sechelt. Rustemeyer will attend the Gibson's screening.
After discovering that we are throwing away nearly 50% of our food in North America, Rustemeyer and Baldwin decide to stop grocery shopping and to live for six months only on food that would otherwise be thrown away. In a nation where one in 10 people is food insecure, the images they capture of squandered groceries are both shocking and strangely compelling. 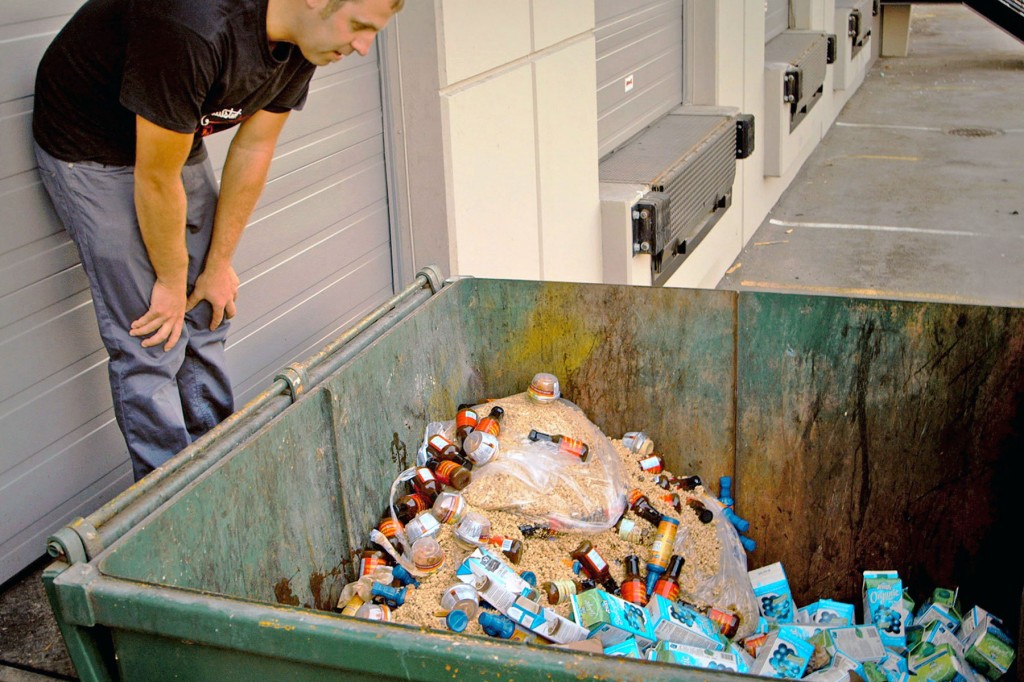 Featuring interviews with TED lecturer, author and activist Tristram Stuart and acclaimed author Jonathan Bloom, Just Eat It brings farmers, retailers, inspiring organizations, and consumers to the table in a cinematic story that is equal parts education and delicious entertainment.

A Q&A with Rustemeyer will follow the screening in Gibsons and both screenings will have a discussion after the film with local information on food waste and composting available from Gibsons Recycling Depot, Salish Soils and the SCRD.                            Baldwin inspects food bin waste.

This is the second documentary film for the couple's Peg Leg Productions. The popular The Clean Bin Project was shown during the 2011 Green Film Series. That film was about waste reduction and recycling and was another award-winner for the two filmmakers.

The Green Film Series is dedicated to using film as a tool for community engagement on environmental and sustainability issues and is produced by Rhizome Up! Media. The screening events are meant to foster the role of film as a catalyst for dialogue, networking and action. For more information or to reserve seats or buy a season pass go to: www.greenfilms.ca.

Doors open at 7 pm with the film starting at 7:30 pm. Admission is by donation. The Gibsons Heritage Playhouse is located at 662 North Road in Gibsons, BC. The SC Arts Centre is located at 5714 Medusa at Trail Ave. in Sechelt. The Wood Duck Bus will leave from the EarthFair Store in Maderia Park at 6:15 for the Sechelt screening on December 4. Call 883-9006 for more info or to reserve a seat on the bus. A donation of $10 for the film and $5 for the bus is suggested.