In spite of the cold wind, curiosity and the sunshine won out as students from Pender Harbour Secondary School gathered on the dock of the Backeddy Marina to view a multitude of marine creatures.

As the divers brought various creatures and plant life up to the surface, students met them, scooped up the specimens and carried them to holding tanks where they took turns identifying and cataloguing each specimen. An amazing number of specimens were catalogued including starfish, anemones, kelp and a very large ling cod. The baby red octopus seemed to get the most attention with many of the students taking turns to gently hold it. 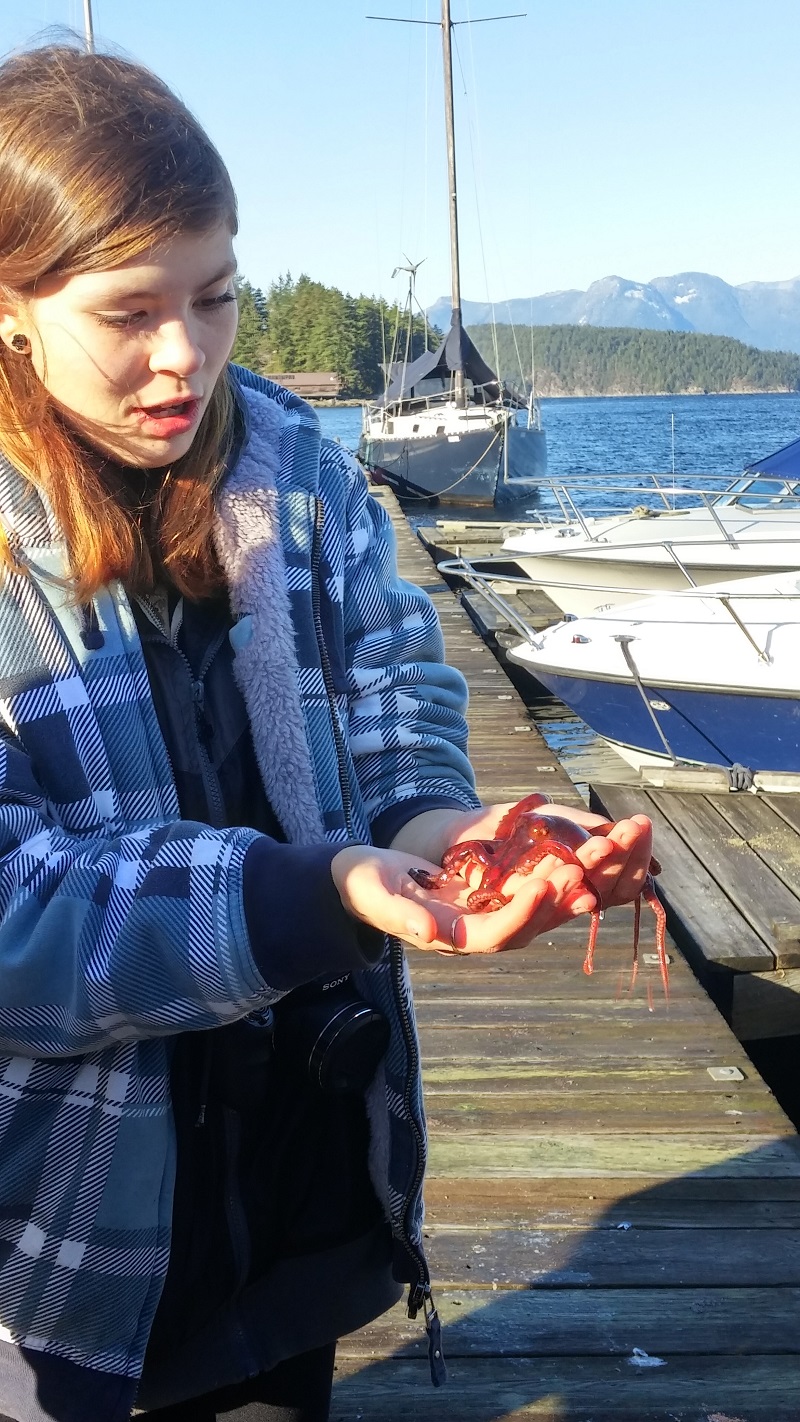 Diver Jim Rossi explained that this was one of his favorite shoreline diving spots because of the variety of sea life. There is so much food available here that the area atttracts a large number of creatures. 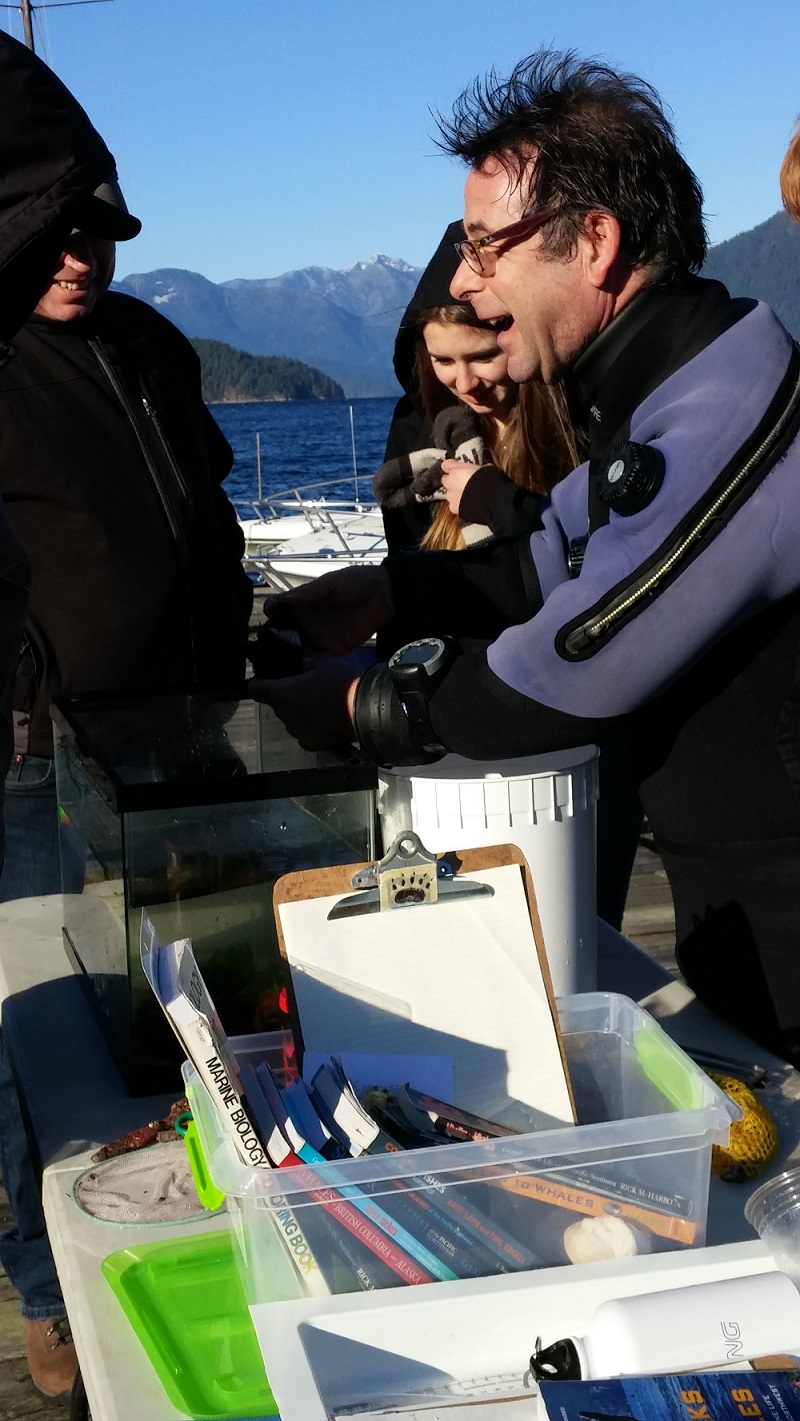 Most of the students said they took the class because they were curious and wanted to learn more about the local environment and have a hands-on experience. A field trip away from the classroom was another plus.

This is the second year for the science class developed by Walls. He explained he wanted to teach a class that gave the students a chance to experience nature and science. "I want to let them have a look at what scientists really do in the field," he said. "This way they can get a better understanding at what a career in the sciences could mean for them." 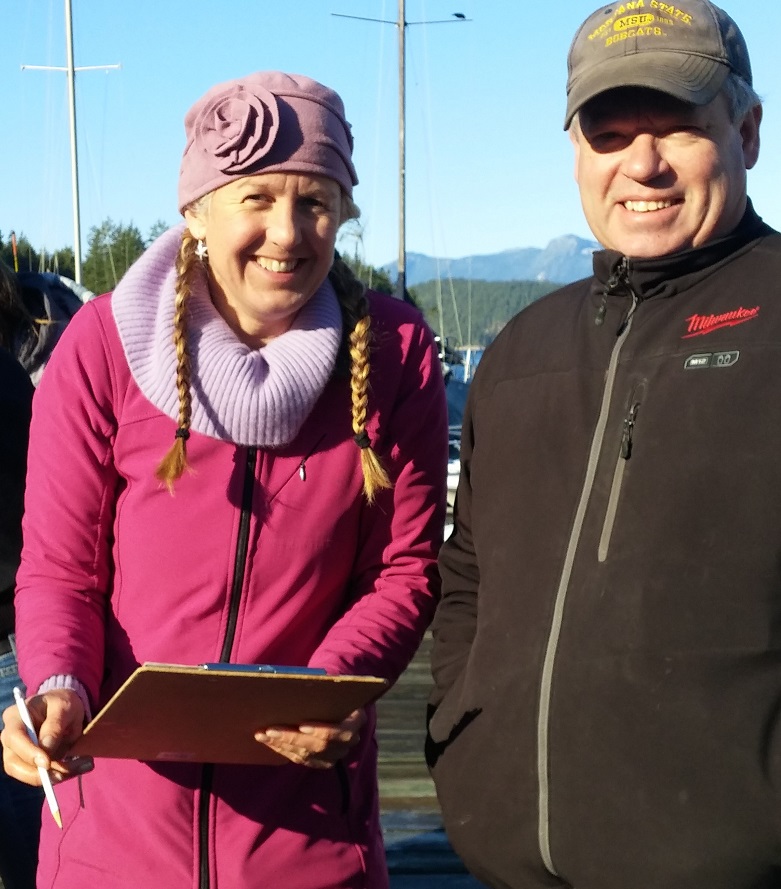 L to R: Jim Rossi with class; Lee-Ann Ennis and Jay Walls; the facinating red octopus; specimens are brought in for identification and Bruno Pepin brings up a large ling cod. 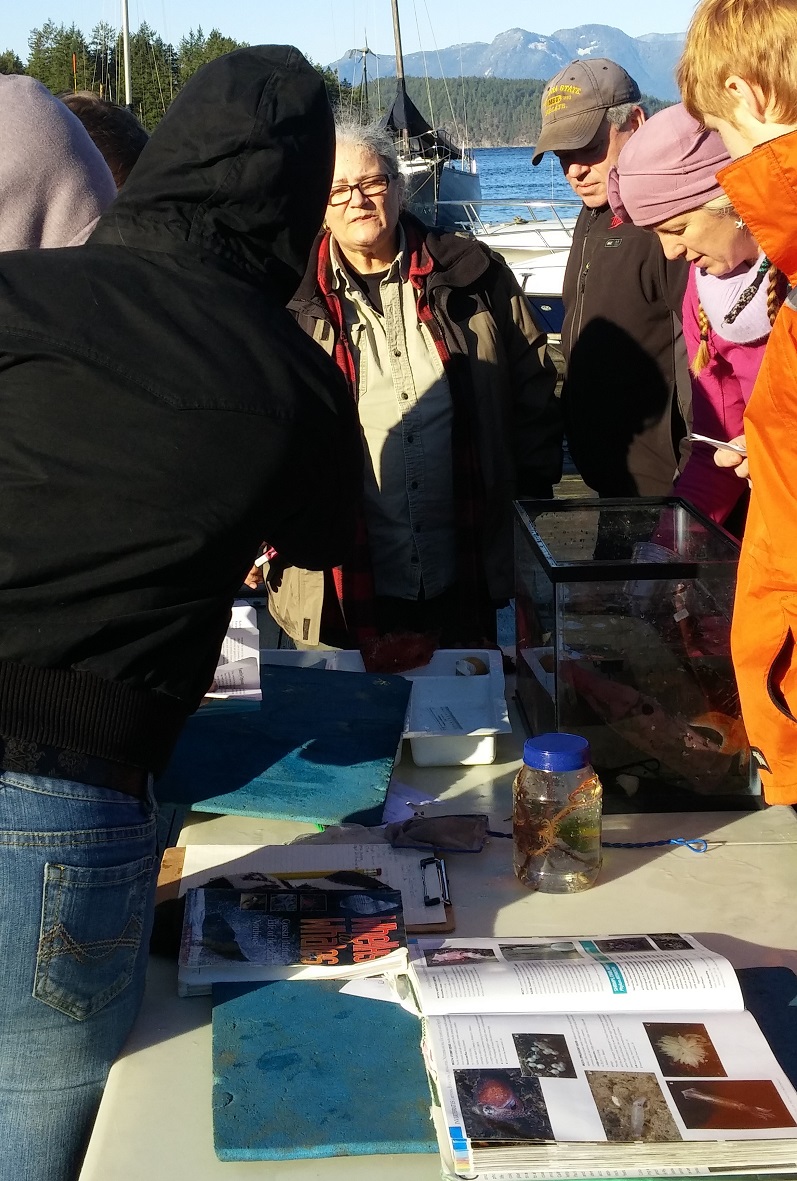 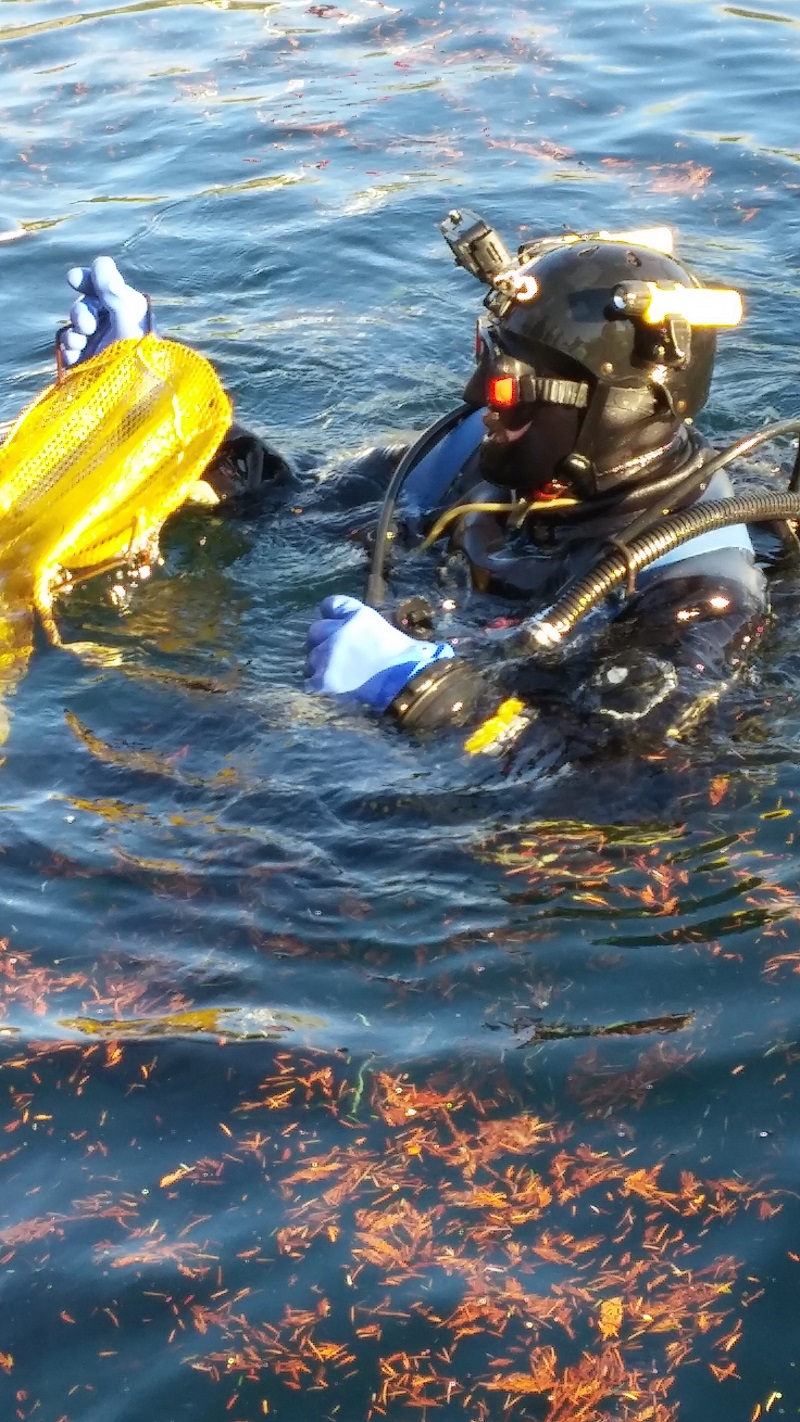 After returning all the specimens to the water, the group met for lunch, a discussion of the mornings finds and received some fun gifts from Lee-Ann and the Iris Griffith Centre.