Early harvesting by Europeans of some key species began in the mid 18th century with sea-otter, sealing and whaling. Aboriginal exploitation of fish, shellfish and sea mammals had gone on for centuries and likely had some local impacts. However, European exploitation expanded human impacts on wild abundance to a new level.

By the beginning of the 20th century, sea-otters were a bare remnant and the inland seas fate was sealed without intervention and rehabilitation of that species. However, that was not to be the only overexploitation that would change Georgia Strait for the next 100 years and beyond. Industrial Whaling of several species, brutally wasteful fishing, mainly of salmon species, eventually reduced abundance and diversity within the strait.

Meanwhile campaigns against certain other species, that got in the way, extirpated others. Following sea otters, the larger 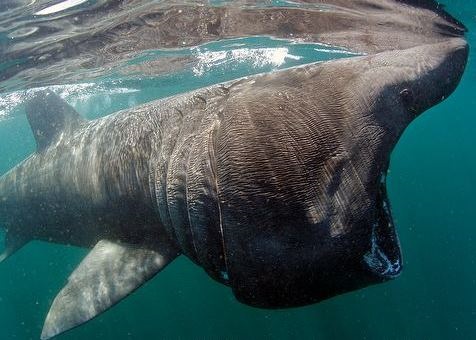 “The catastrophic collapse of masses of Coho salmon in our region (Central Georgia Strait) along with reduction of Chinook stocks was notable through the 1980’s. Previous to that a sequential decline of salmon available to food and sport fishers had retracted from the centres of these fisheries, Pender Harbour and Secret Cove.   The prolific roe-herring fisheries of 1974-1983 added to the herring stock collapse of the mid 1960’s and eventually to an overall reduction of the herring mass in Georgia Strait. The proliferation of salmon feedlots in Jervis Inlet 1984 forward marked the beginning of the end of the wild Coho salmon fishery in the region and by 1995 virtually no wild Coho were available to food and recreational fishermen in central Georgia Strait.”

The extirpation of Sea otters and gradual decline of kelp forests in Georgia Strait began a decent into species and diversity decline in Georgia Strait. Rampant exploitation of commercial species, species introductions and habitat degradation, nearly finished the job. However, global warming and climate change are poised to do just that. Some of the last checks in the system are declining due to warm water and pathogens that may be associated. 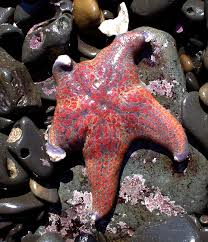 Star-fish of several varieties are suffering from sea star wasting syndrome (SSWS). Among the creatures that keep spiny sea-urchins in check, sea-stars are unheralded heroes. Spiny sea-urchins are known to graze of almost everything on the sea floor and are credited with creating urchin barrens or urchin deserts, whichever you please. Among the various checks on sea-urchin populations are sea-otters, wolf-eels, sea-stars, some crab species and some sea-birds. People have had a small part in exploiting sea-urchins for food.Some of the warning signs are sea star wasting syndrome, jellyfish proliferation, decline of kelp forests, urchin barrens and the general decline of abundance and diversity of species in Georgia Strait. I would also question the recent phenomena of unusual algae blooms?

There has been a gradual recovery of some marine species in Georgia Strait, however the strait is a long way from the abundance of just 30 years ago. Some recovering species are mega-fauna such as Humpback Whales, Grey Whales and White Sided Dolphins. These are primarily supported by squid, krill, crab larvae, herring eggs, ghost shrimp, and forage fish such as herring and needlefish. Until 2009, elephant seals northernmost breeding colony was thought to be located on Race Rocks in Juan de Fuca Strait. A sub-adult male elephant seal then established himself on Flora Island just offshore of Hornby Island.  Within two years a juvenile female elephant seal joined him. This year, both have grown into adults and one could expect nature to take it’s course. Elephant seals are not often seen at sea because of their diving abilities, but can be enumerated hauled out at molting and breeding sites.

Humans are almost entirely responsible for altering the Salish Sea with respect to many previously diverse and abundant species. Our sins in this respect are overexploitation of species, destruction of habitats, pollution and introduced species. Let’s hope that we can reverse the trend towards reduction of abundance and species diversity that has been the rule for more than 250 years.