A Report from the NY People's Climate March 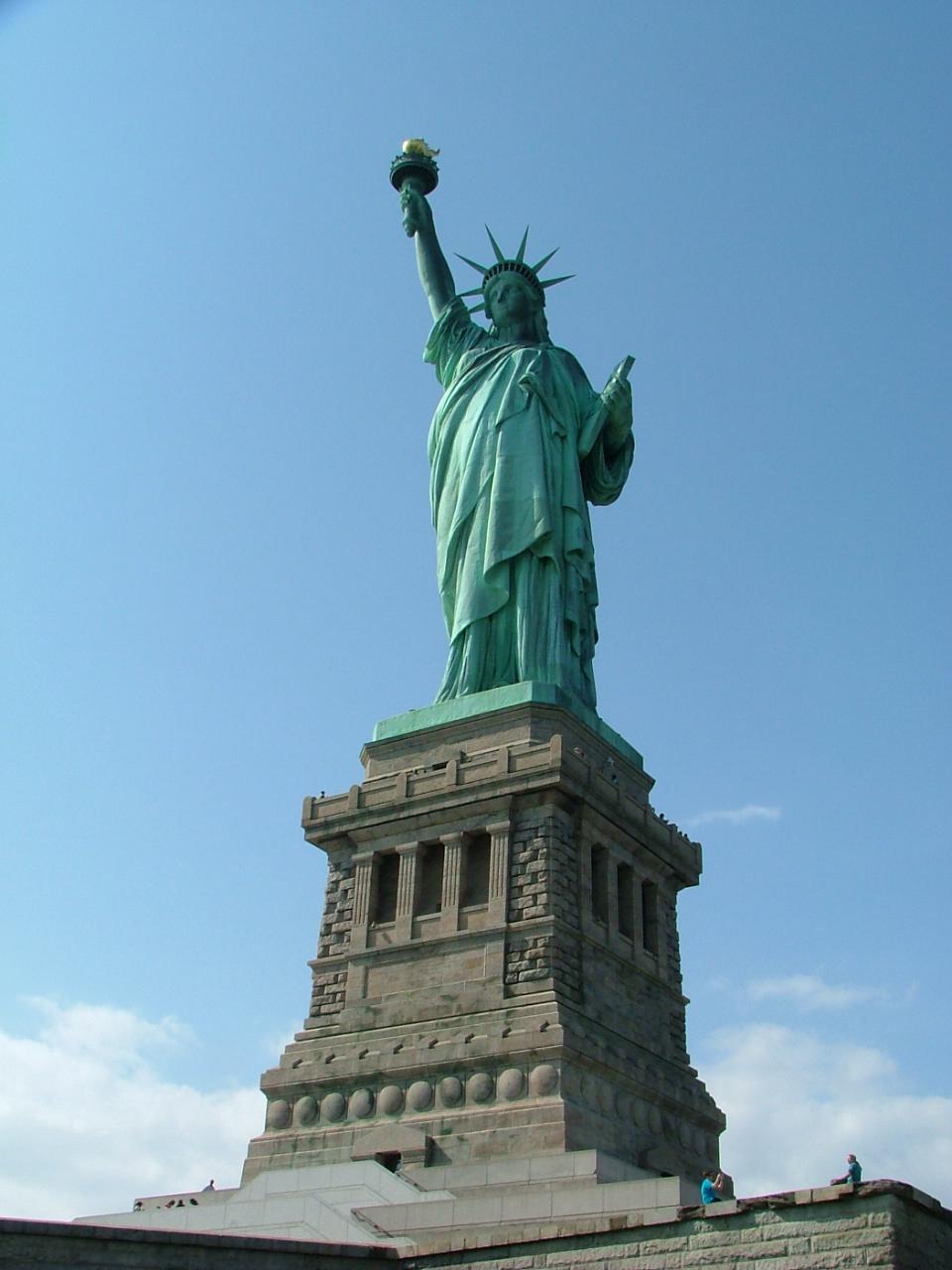 My wife Heather and I have been here for a few days taking in all the sites.  Our purpose for being here is to take part in the People’s Climate March (PCM).  I’d read about it a couple of months back and thought maybe I should go.  I guess I’ve been “green” all my life.  I was always conscience of the environment and how badly we were treating “mother earth”.  Heather and I tried to be concerned.  You know, picking up garbage, fighting for just causes and living a somewhat frugal life style.  However, we’d never really bought into doing something concrete about it.  Naomi Klein would call that “looking away”.

I’ve read a lot about climate change.  To Heather’s annoyance, I’ve read her a lot about it too.  The thirst for knowledge on the subject has consumed me for several years.  I believe that our destiny has been set.  If we continue business as usual, the consequences of our indiscriminate use of fossil fuels will have set in motion the “6 degree World.  We could however mitigate some of the consequences if we change our ways.  The People’s Climate March was our opportunity to put our money where our mouth was.  On a week’s notice I asked, “do you want to go to New York for a week and do the People’s Climate March?”  Obviously she said “yes”.

In conjunction with the March, the entire weekend has been planned around “Climate Convergence”, the bringing together of concerned people from all walks of life.  Commencing at 4:00pm on Friday, 118 events will take place all over the city.  Many of them are organized by the groups who will march.  They include church, labour, community, cultural, environment and youth groups.  They will conduct training sessions for all the PCM volunteers, produce posters and banners, host seminars, workshops and talks.  The subjects will range from nuclear to logging, climate justice to Indigenous people and tar sands to fracking.

We went looking for St. Peter’s Church up on 54st.  We were on our way to listen to Naomi Klein, social activist and renowned author.  Her latest book, “This Changes Everything: Capitalism vs. The Climate”, has just been published.  We didn’t realize we needed tickets but fortunately they opened up a large overflow area and we sat directly behind the podium.  We were amazed at how many people came to hear Naomi speak, the featured speaker, a Canadian. 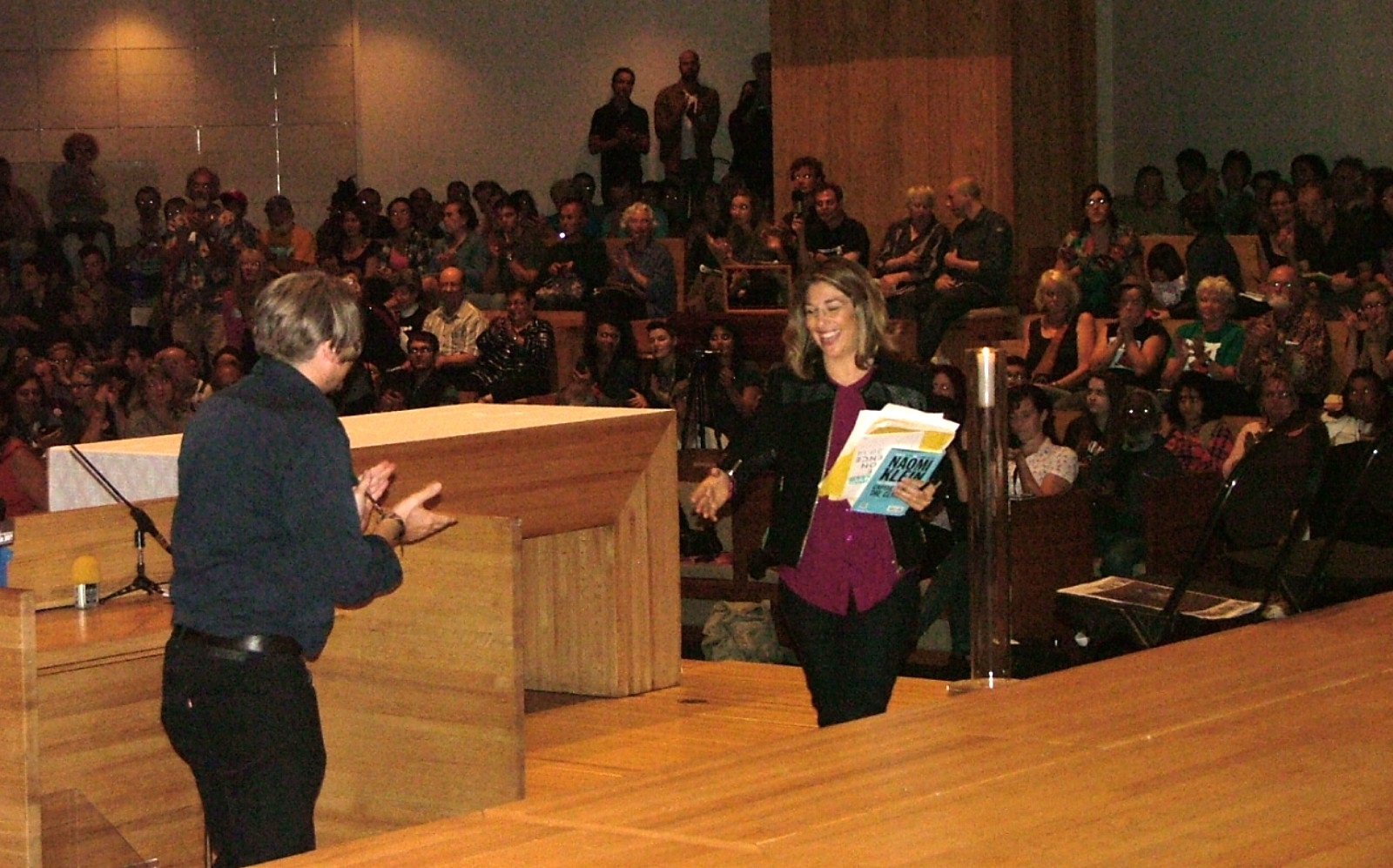 Writer Naomi Klein
She says it’s time to stop being nice about what’s happening to our environment, it’s time to become an activist.  Knowing we’d all be at the march she encouraged us to join her and take part in another event happening on Monday called “Flood Wall Street”.  Activists plan to hold a sit-in on the steps of the Stock Exchange.  They know full well that they may get arrested but they see Capitalism as the main cause for the lack of action on climate change, and I think they’re right.  I always refer to it as “corporate america” and the Stock Exchange is the symbol of Capitalism.

The next speaker was Olga Bautista from South Chicago.  She’s a mother of 2, youngest one just 18 months old.  She has waged a battle against the Koch Brother and BP over the large piles of Petcoke (petroleum coke) that dot the landscape along the Calumet River near her neighbourhood.  Petcoke is a by-product of the tar sand and is used as a coal substitute.  When the wind blows, the black dust wafts into their neighbourhood, yards and the lungs of their children.  She brought tears to the eyes of many in the audience with her story and received a standing ovation for her presentation.  You can read her story here: http://socialistworker.org/2014/01/30/poisoning-south-chicago

The evening was running late and we had a long way to go to Staten Island so we had to leave.

It’s Sept. 21 and today we march.  The lineup will start at Columbus Circle and 59th on the corner of Central Park and stretch along its length.  The march has been broken down into sections:

We’re to join Elizabeth May (the only Parliamentarian who came from Canada as far as I know), the Green Party of Canada and Toronto350.org in the “We Know Who is Responsible” section.  The location is right across the street from the Museum of Natural History.  Here the roadway and side walk is almost 100 feet wide.  We arrive at 10am; the 75 foot wide street is already filling as far as you can see in either direction. 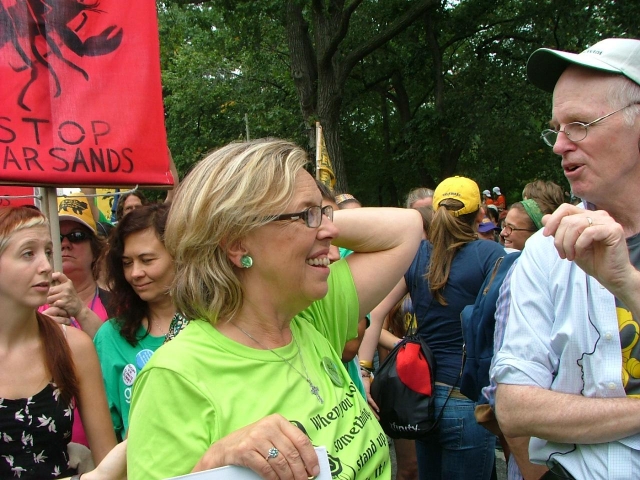 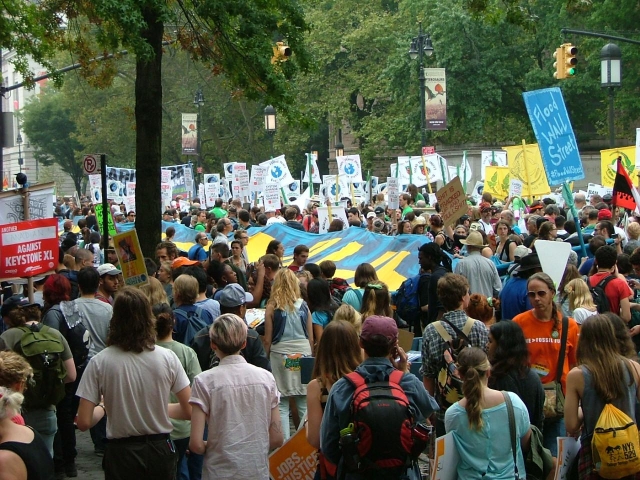 By 11:00, when we’re supposed to start marching, the street is packed with people shoulder to shoulder.  It’s almost hard to breath.  We escape the masses and move to the sidewalk.  Heather finds a bench space and I stand on the low rock wall along the park.  The sidewalk is a mass of people moving in both directions.  I have a wonderful view of thousands of peaceful marchers, banners, flags and displays.  Everything has to be made of paper, cardboard or cloth; no wood or metal allowed. 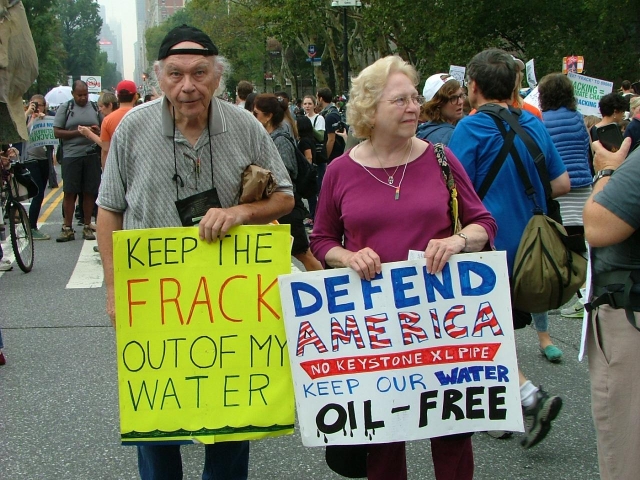 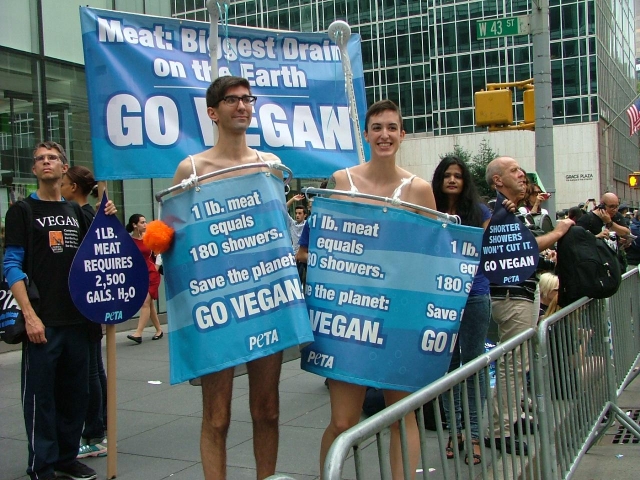 A group of 70 Anarchist goes by (black shirts, black masks and black flags), closely followed by a contingent of New York’s finest.  They are not wanted here by anyone.

Twelve noon comes and goes and we still have not started.  At 1:30 a young organizer comes by and tells us the march began at 11:42 am.  Finally, 2 ½ hours later, we at 79th st. take our first steps along the route.  Behind us, 11 blocks of people anxiously wait their turn.

The entire 2 ½ mile route was lined with metal barricades on both sides of the street.  Police Officers along the entire length.  At the intersections; 3, 4 and sometimes 5 more stood.  We learned later from a police Captain we befriended that the detail was small. They understood that the People who were marching, were peaceful. There are 35,000 police officers in NY.  I can’t imagine what a large detail looks like. 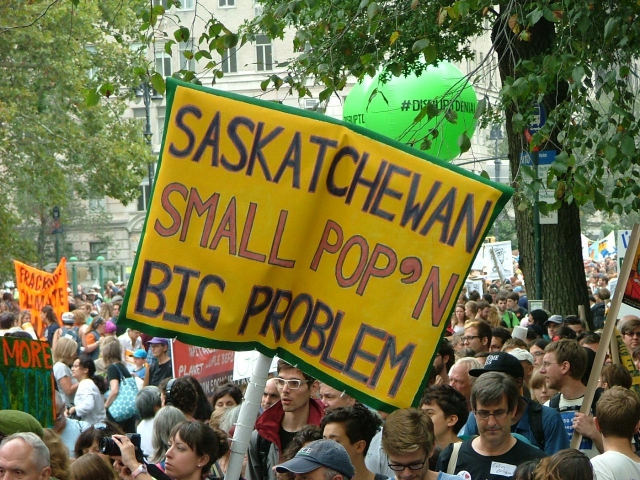 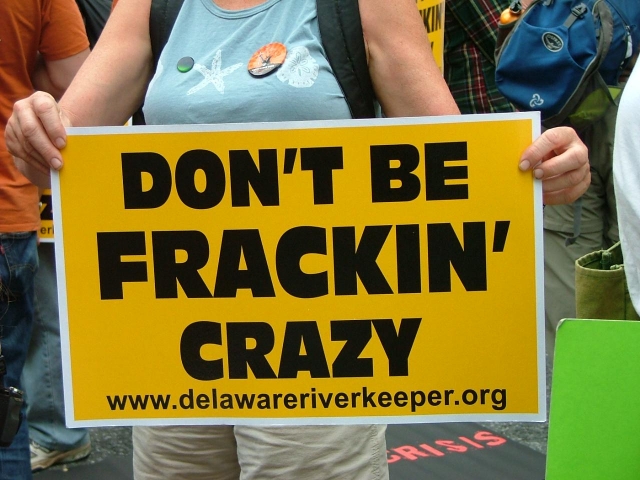