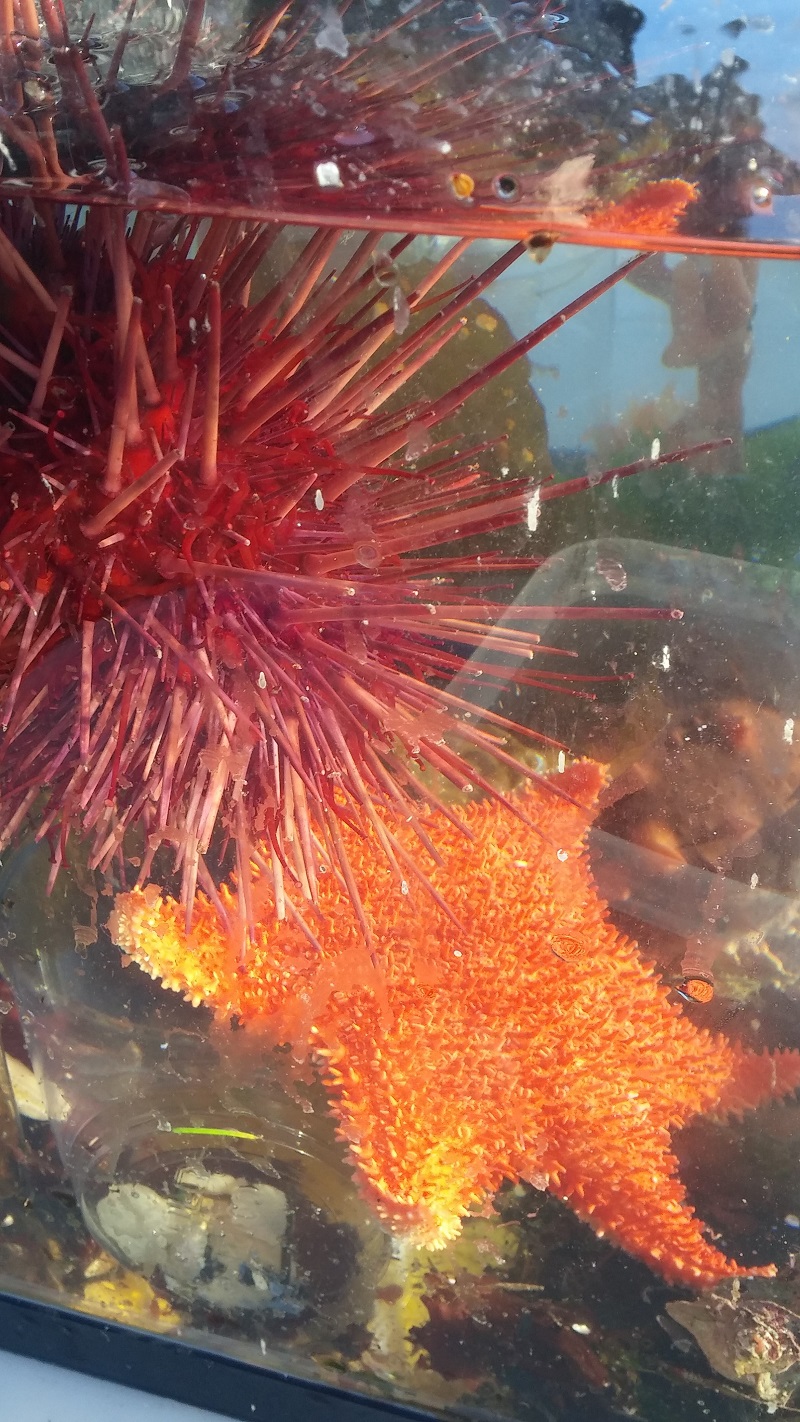 In spite of the cold wind, curiosity and the sunshine won out as students from Pender Harbour Secondary School gathered on the dock of the Backeddy Marina to view a multitude of marine creatures.

There are many good reasons not to build Site C Dam: destruction of farmland and wildlife habitat, the violation of First Nations’ rights, the likely $15 Billion tab for taxpayers, and the fact that we simply don’t need the power. But you can add one very important item to the list: CLIMATE.

Isolation of 1600 Pennsylvania Avenue: Part I

Earlier this year I received a message from a long-time reader of my Communications[1], who was persuaded of the urgency of the climate problem. As a significant supporter of the Democratic Party, he had the opportunity to meet President Obama, and he was preparing a specific question: would the President be willing to “meet with Jim Hansen”, who, the supporter asserted, understood the problem as well as anyone and has “some viable ways to fix the problem”?

Leaders of 30 nations began the Paris climate negotiations with a call to cut CO2 emissions dramatically to keep the global average temperature rise below 1.5C. These countries are part of Climate Vulnerable Forum (CVF) — countries highly vulnerable to impacts of climate change.

Transition Sunshine Coast CANADA is part of a global network that inspires us all to imagine and create a vibrant future that  has alternatives to fossil fuels.  We embrace building local resilience which is ecologically sustainable while nurturing and celebrating our community.

You can watch the video of the live stream broadcast from the September 19th International Transition Conference.  Click here for Global Connections Webcast.

The Little Community That Could

Dear MAYOR AND COUNCIL OF GIBSONS:

It is patently obvious that this council and you our mayor, only represent one side of the community.  Those with a different idea – a bigger idea, a self sustaining idea, an idea that would make us the envy of all, have been told to be quiet, and not always that nicely.  While we were speaking we could watch your complete disinterest and dismissal.

In spite of large opposition, the Woodfibre LNG Project has received environmental assessment approval from Environment Minister Mary Polak and Natural Gas Development Minister Rich Coleman. The decision was made after considering a review led by British Columbia’s Environmental Assessment Office. The ministers have issued the certificate with legally enforceable conditions.

Harper is out as our Prime Minister, John Weston as our MP and many here on the Coast are celebrating. It took a lot of organization and thoughtfulness to get here. But now the real work begins.

BC Legislature Recall Set for July 13 to Debate LNG Agreement

The B.C. government intends to recall the legislature July 13, 2015, to debate legislation that would enable the project agreement signed between the Province and Pacific NorthWest LNG, Finance Minister and government house leader Michael de Jong announced.