From May 21st to 23rd, the BC government and the oil and gas industry are converging on Vancouver to hold a large Liquefied Natural Gas (LNG) summit. In response, the Council of Canadians and the Wilderness Committee are hosting a night of powerful speakers from the frontlines of community resistance to fracking, pipelines and LNG, who will expose the true impacts of extracting and exporting Liquefied Fracked Gas (LFG).

All Our Eggs in the LNG Basket is Short Sited

A lot of British Columbia's economic future is riding on the LNG liquid natural gas industry. Premier Clark has caught the LNG bug and has put a lot of stock in that industry making money for all of BC.

But it may be a little too late. Lots of other countries are now on the same bandwagon and the competition is fierce. Meanwhile the Asian market which is the major importer of LNG is working hard to become self-sufficient and some are predicting that they will stop importing the gas before the BC facilites are even built.

2014 BC Budget Long on LNG While Short on Environment

The British Columbia 2014 Budget shows a reliance on an as yet unrealized liquefied natural gas (LNG) industry while coming up short on plans to protect the BC environment. Like past government messaging on LNG, the budget promises an industry that will benefit British Columbians, but remains incredibly vague on the specifics of how this will be accomplished.

The Government of B.C. has requested substitution of the Environmental Assessment process regarding the proposed LNG business for Howe Sound, B.C. The proposed LNG vessel transit route would require LNG tankers to enter Howe Sound running past busy Horseshoe Bay.

This proposal shows an ocean going vessel, around the size of an aircraft carrier, 295 m long, 47m wide with a draught depth of 12m, having capacity to carry up to 180,000m3 of LNG with a dead weight tonnage of 85,000 tonnes, running through our marine highway, in the path of B.C. Ferries. This will seriously disrupt the 64 plus daily BC Ferry sailings, and our way of life. This is not acceptable.

The famous bordello keeper of the 20s, Texas Guinan, used to greet her “guests” with, “Hello suckers!” Texas Guinan has her presence today in the form of BC's Finance Minister Mike de Jong.

Take Action before March 11! Do you think there should be federal environmental assessment hearings on the proposed liquidfied natural gas project on our north coast? The Environmental Assessment Agency needs to hear from you at:
This email address is being protected from spambots. You need JavaScript enabled to view it.

Don’t eat that, Elmer. Them’s horse buns!
The BC Liberal Government's speech from the throne on February 12 - which hinged on promises of a $100 Billion windfall from BC's heretofore nonexistent Liquified Natural Gas (LNG) industry - was an appalling attempt to divert attention away from reality with pie in a distant sky.
This government must be thrown out and one can say with certainty that any replacement would be an improvement.
Billions in a few years hence, perhaps trillions after that. We’ll become the LNG capital in the world! There are one or two dark spots on this sunny painting we should look at carefully.
The LNG will come largely from fracking, which is taking the world by storm. It involves drilling deep underground into shale beds where gas is trapped, then drilling horizontally through them, and ultimately pushing huge amounts of chemical-laced water through to crack open the shale and force the gas to the surface. Under Christy Clark's grand LNG scheme, this gas would then be transported by pipeline to Kitimat or Prince Rupert, where it would be converted into LNG for export, mostly to Asia.
The first questions - the conditions precedent to this operation - are to do with the environment. In a radio interview with the CBC's Rick Cluff Wednesday, Premier Christy Clark repeatedly referred to this gas a "clean". Really?
Where does this water come from? The requirements are immense, so a large supply must be found.
Where does the chemically loaded water go? Into the water table, thence to the water supply of local residents?
What is the impact of the extraction of this gas on the stability of the area? Will there be earthquakes as a result of fracking, as a recent report from the Oil and Gas Commission suggests?
What is the impact of huge water extractions on the general ecology of the the supply area? Are there fish losses? What happens to the fauna and flora after the water is extracted? What impact is there on people, especially First Nations? What will be the impact of the water lost to this process on BC Hydro and its ratepayers - like the billions of litres coming from the Williston Reservoir?
There is this question Premier Clark won't deal with because she doesn’t give a damn - what about the impact of pipelines (all four of them proposed to cut across BC), especially on wildlife?
The fact is that these concerns are being dealt with in several regions with a moratorium on the enterprise until the answers to these and other questions area answered.
What we do know is that these sorts of concerns do not bother the Chinese in the least, which leads into the major economic concern. Asian prices are high now - 5 or 6 times higher than in North America, which is the basis for this whole scheme. This is a direct reflection of the current lack of cheap, local supply.
So here’s the rub - what if China develops its own supply of “fracked” gas? What happens to the overseas market price then?
One doesn’t have to be an economic genius or Nostradamus to predict that our proposed customer, China, will find plenty of shale and be awash with natural gas.

There are many examples of 'Death by Success'; the Salmon spawning process, the Praying Mantis mating ritual, and even the successful matchstick which, when struck, proceeds to consume itself. A new example could be the new SCRD Recycling Contract recently signed by the Gibsons Recycling Depot (GRD).

Join us in the Blackout Speakout campaign 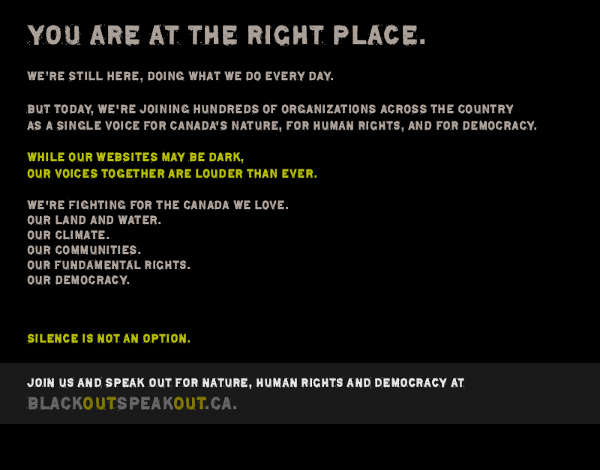